That Face by Polly Stenham 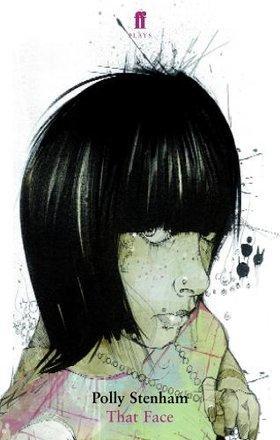 Title: That Face
Author: Polly Stenham
Pages: 96
Genre: Play, Drama,
Book Description:
Mia is at boarding school. She has access to drugs. They are Martha's. Henry is preparing for art college. He has access to alcohol from Martha. Martha controls their lives. Martha is their mother.
"That Face" won the TMA Award 2007 for Best New Play. Polly Stenham received both the Charles Wintour Award 2007 and the Critics' Circle Award 2008 for Most Promising Playwright.


My Opinion:
This genre isn't something I would usually pick up but I'm always looking to expand my reading! This play focuses on dysfunctional family relationships and follows the lives of 2 teenagers and their mother.

I read through this really quickly because of it's form. It took a while for me to get into it but that's probably since I've rarely read plays in my free time. Thanks to this, I'm going to look out for more!

I think the most enticing  part was the characters. Due to their age and attitude, I felt I could really relate to them and their stories. Henry and Mia both have their similarities and differences, and Martha is so intriguing. There are some scenes involving her and Henry which are kind of twisted and this was something I liked due to their unexpectancy.

The intricate plot line is really easy to get into, with many twists and turns. It's realistic and gripping and perfect for a large variety of audiences. If you're interested in reading more plays or other forms of fiction, this is definitely a good place to start!

[Since this is a play, there's a theatre performance! I haven't watched it yet but the trailer looks awesome so it's something I'm going to look into. Plus it seems to have a great cast :') Links below]

Next book I'm going to review:
One Flew over the Cuckoo's Nest by Ken Kesey
Review by Jennie Louise at 7:16 pm